Your go-to site for South Africans living in the UK. 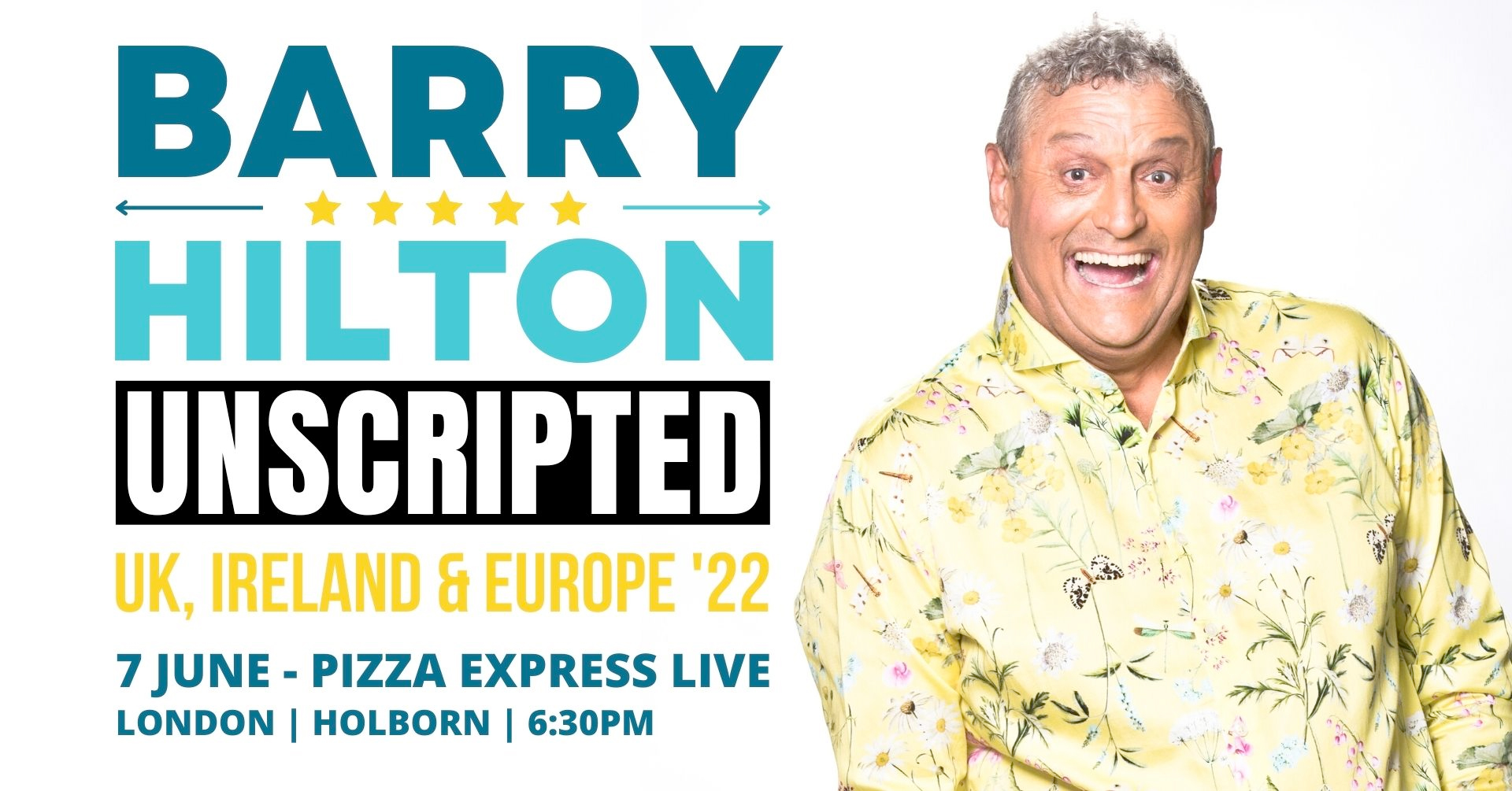 SOUTH AFRICA’S FAVOURITE COUSIN AND COMEDIAN PERFORMING IN THE UK THIS JUNE!

After an excruciating Covid-fuelled wait, comedy is returning to stages across the world in full force.

“When we needed it most, laughter was in short supply and I can’t wait to make up for lost time!” says South African comedy legend Barry Hilton who is bringing his ultra-funny UNSCRIPTED comedy show to venues across Africa and abroad with great gusto.
Whether you’re a die-hard Barry Hilton fan or you’ve never been to a comedy show before, be sure to catch this award-winning comedy icon in action at his hilarious best.

The elastic faced, king of clean comedy will be sharing side-splitting, roll-on-the-floor laughter in London, Scotland, Ireland and Malta during June and July.
“I’ve really missed performing in person to a live audience,” says Barry. “Performing in my lounge via camera to people I couldn’t see was really awkward for me. But that doesn’t mean I wasn’t busy.”

“During lockdown I kept busy (and the wolf from the door) by turning my comedic talents to other projects. I launched Cousin Approved, a product and service video review offering whereby I make short, honest, videos with a comedic twist for companies to use on their social media platforms. I also continued to develop my www.mycousin.co.za online store and enjoyed making a gazillion personalised video messages for people around the country and in fact the world, via the MyFanPark platform. But what I’m most proud of, is the online course I produced called Talk Funny which shows people how to inject their own personalised humour into their everyday interactions; check it out at talkfunny.co.za”

Please note: There are only 80 limited tickets available for this intimate show in the heart of London. Please arrive early to enjoy a meal from the Pizza Express menu.